The European hare is optimally adapted to its natural habitat the steppe. Its dense brown or reddish fur provides camouflage and protection against predators. Its ears are longer than its head and have black tips. Its strong hind legs allow for a strong acceleration up to 80km/h and the hare is capable of jumping up to 2 m in height. Adults may weigh up to 3-6 kg. The hare inhabits open or semi-open landscapes such as sparse forests, forest edges and agricultural landscapes with hedges and shrubs.

The hare is predominantly active during crepuscular and nocturnal hours, although it shows diurnal activitiy during the reproductive season in late winter, early spring. Males engage in fights over females, chasing each other and beating each other with their forelegs and paws. Females give birth to 1-5 newborn, 3 to 4 times a year. Newborn hare weigh 100-150 g and are born fully developed with hair and capable of seeing.
Hares are mostly solitary outside of the reproductive season and spend the day in flat, well covered depressions. In danger, they tuck to the ground and remain immobile only to flee in the last possible moment. In the wild, hare may reach the age of approximately 23 years, although more than half of juveniles do not reach one year of age. Hare are exclusively plant eaters. They feed on green plant material but also bulbs, roots and cereal not to mention the bark of young trees during the winter.
Hare populations in Europe are declining in many regions of Europe due to the intensification of agricultural practices. 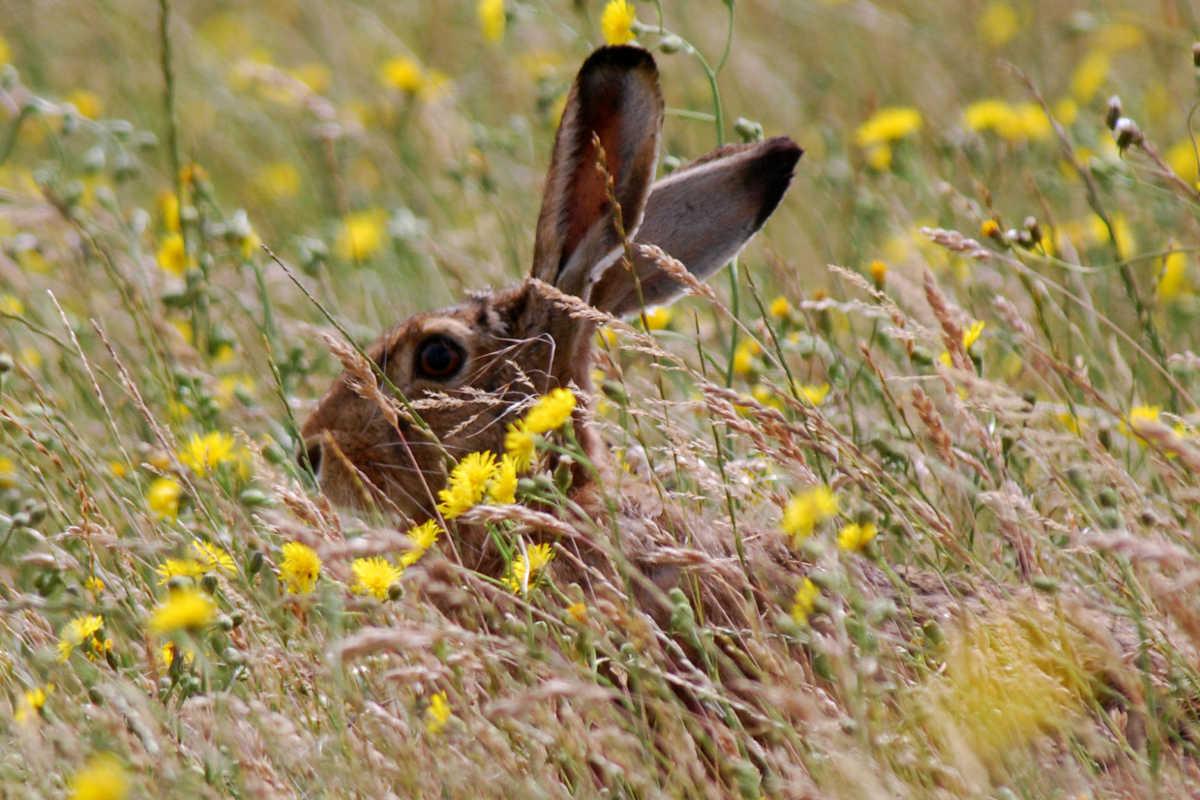