The Roman Snail is the biggest snail in Luxemburg (length: 10 cm, diameter of the shell. 5-7 cm) and can’t be mistaken. The colour of the shell is normally brown but sometimes it can be whitish. The Roman snail has 4 antennae on his head: the smallest are his nose and on the longest are the eyes.

Roman Snails live in hedges, forests, meadows and near rocks but only on calcareous soils. Snails are mostly active by rainy weather. During very dry periods roman snails close their shell with a calcareous cover. In winter Roman Snails move to holes in the soil and their shells are also closed. Roman snails are only eating plants. The roman snail was probably brought to our regions by the Romans (name of the snail!), as this people loved to eat it. In Luxemburg roman snail is partially protected that means it can only be collected to be eaten on private grounds by the owner. 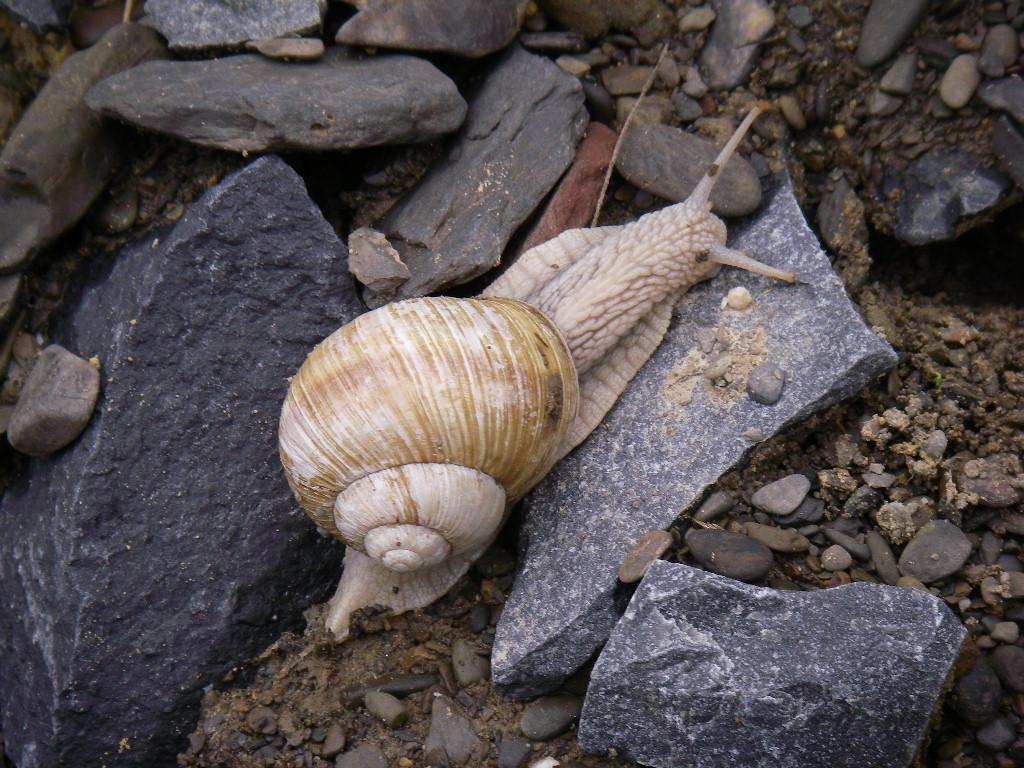