The spinycheek crayfish measures between 7 -14 cm and can weigh up to 120 g. Its color is rather brownish (turns into gray and even greenish). It is recognizable due to the horizontal red-brown stripe on each abdominal segment. Other characteristics include the sharp spine on the inside of the wrist of the claws (carpus) and a rostrum with almost parallel edges ending in a triangle. Moreover the tip of the claws are orange with a black band below and they have distinctive spiny cheeks.

The spinycheek crayfish is not as widespread as signal crayfish, but we can find it in several streams and waterbodies such as the Moselle and Haute-Sûre Lake. Its introduction probably dates back to the late 1970s. Like the signal crayfish, this species can cause significant damage to native biodiversity and is also on the list of invasive alien species of Union concern. 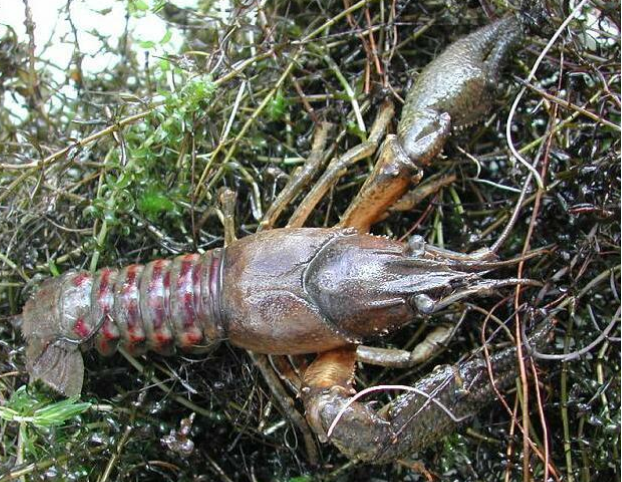