The raccoon has the size of a cat (about 80 cm) and weighs between 4 and 9 kg. Males are usually larger than females. It has a grayish fur and is known for its bandit’s mask (area of black fur around the eyes) and its long and alternately brown and black ringed tail. Since the raccoon is mostly active during the night, the search for tracks on the ground may reveal its presence. Its tracks are 5 cm long and show five fingers with long claws.

The raccoon is a North American mammal, which can be distinguished by its black mask around the eyes. It is likely that this species has been present in Luxembourg since the 70's. It has colonized since then a large part of the country, especially the Oesling. This species prefers the surroundings of streams and deciduous forests, but can also be found in urban areas. Procyon lotor has an opportunistic omnivorous behavior, which has an impact on many species belonging to different families (birds, amphibians, mussels, etc.). It also carries rabies, which represents a health risk for humans.The raccoon is a huntable species since 2011, about 700 individuals are shot per year. 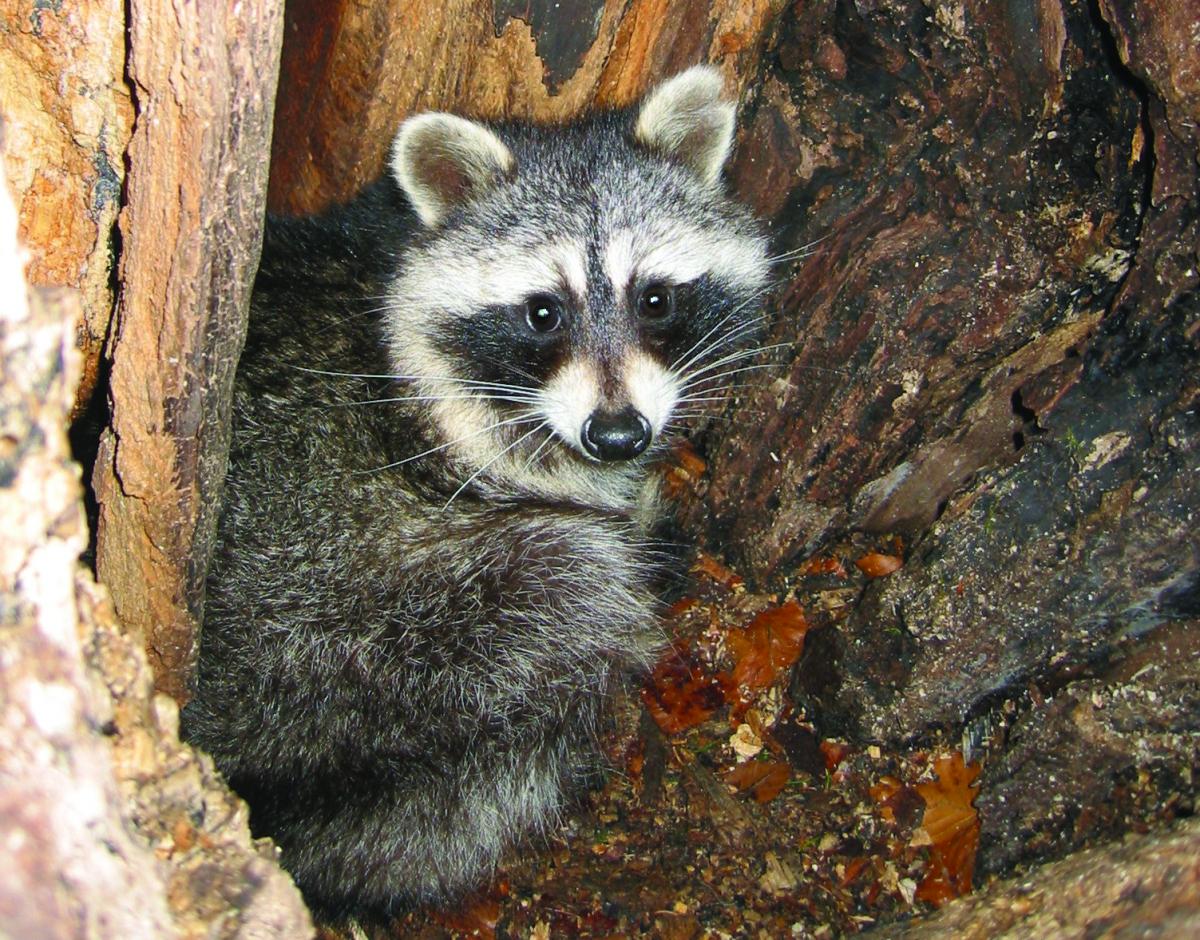