The Himalayan Balsam is a large, honey plant that reaches a height of up to 2 m and has beautiful pink and purple flowers. The stem is hairless, smooth, fluted and hollow. The leaves are serrated and opposite arranged or whorled.

Very abundant, the Himalayan Balsam is one of the most invasive alien plants in Luxembourg.  Originally, from the Himalayas, this balsam has also colonized many other regions such as Canada, Cuba and the United States. Its high invasive potential is due to, among other things, the enormous production of seeds and nectar. This plant is often present along rivers and streams; it can reach 2 meters in height and has pink flowers. 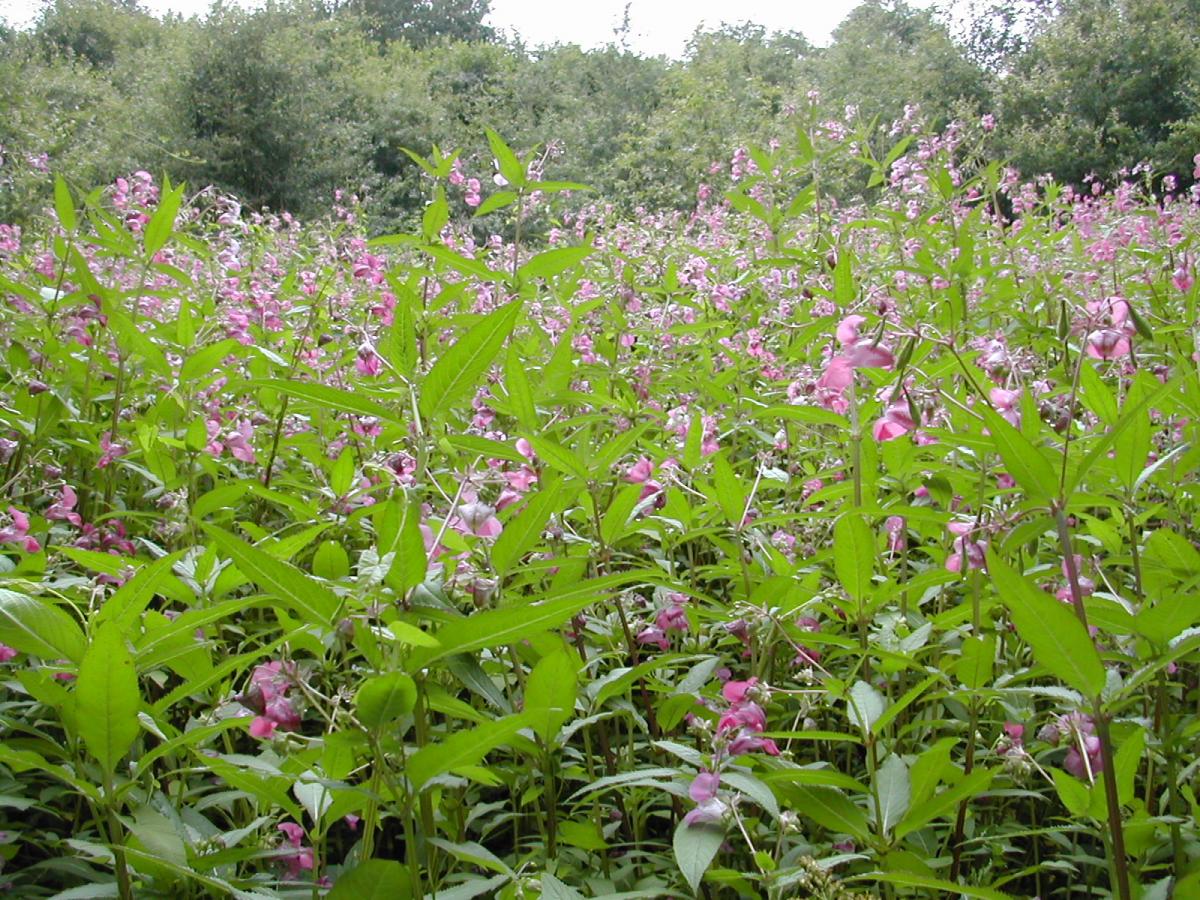