The plant can grow up to 2 m high, its stems are hairy and turn reddish in older plants. The leaves are pinnately divided, hairy and dark green on both sides. In addition, the leaves of the base grow opposite, but alternately in the upper half. When crushed the leaves do not spread any scent.

Originally, from North America, the common ragweed is considered as an invasive alien species in Central Europe. In addition, this ambrosia produces a very allergic pollen. It prefers disturbed habitats, for example it can be found in surfaces such as construction sites. The common ragweed has some characteristics that allow its identification, however it can be confused with other species such as the common mugwort. 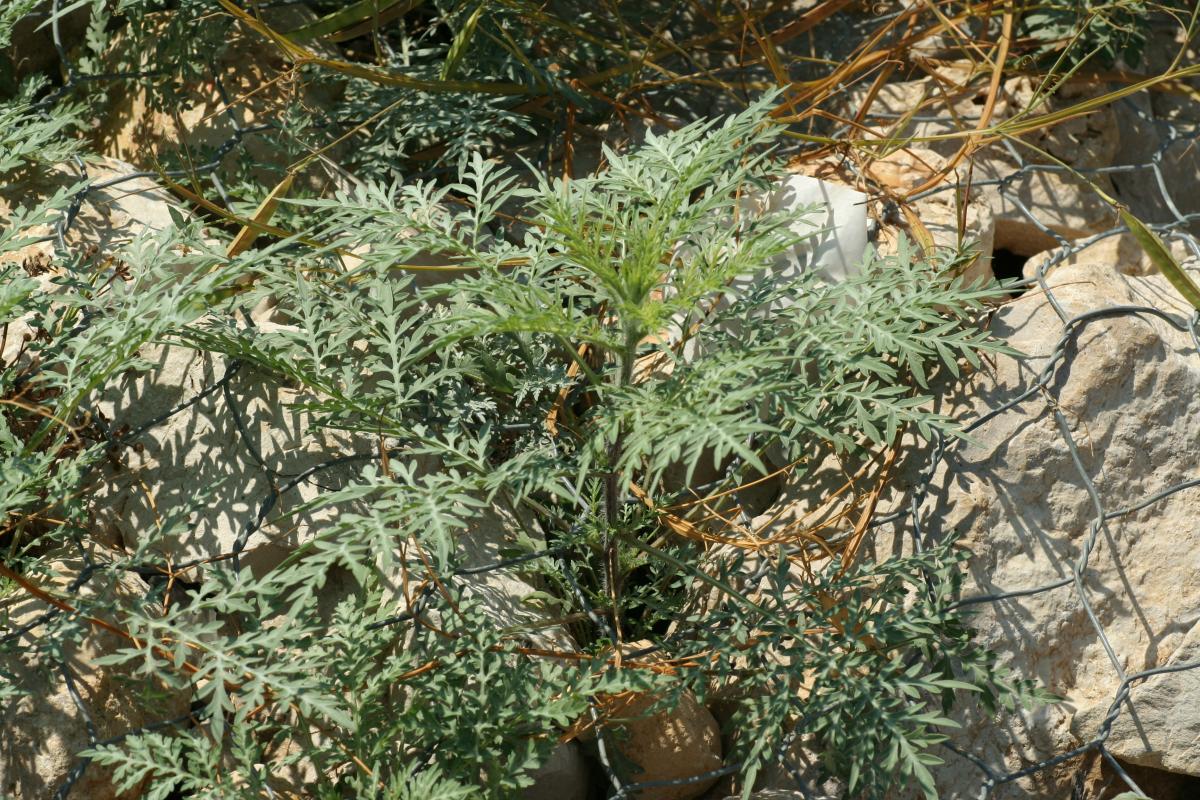